Maria, Maria, she reminds me of a west side story.

Bad Decisions for the Right Reasons, that was my Thursday night.

Thursday night I had plans to go with my best friend, Indira, to watch her fiancé DJ at the local Blue Note. After the last several months of life taking us both down twisty unforeseen paths, this would be our first night out together in far too long.
I tried to hype myself up all day long for it. Not at all because I wasn't excited to spend the evening with my sister from another mister, but for the sheer fact that I was exhausted from the week I had just had. And a late night in a smokey bar is no longer our idea of a great night. Either one of us. Five years ago, yes, we were all over it. These days, we would both rather cuddle up on the couch in our sweats.
Regardless of the lazy nights in we usually prefer, tonight was about supporting Avery so off we went. We said we'd only have a drink or two, and would leave by midnight. HA.
As the night went on. We had a drink. Or two. And then another... We started to reminisce. OH did we reminisce! Before we knew it, the nostalgia had set in, in full force.
We met when we were 20 years old, during the days when we were too young to be at a place like the Blue Note, but couldn't wait until the day that we could. 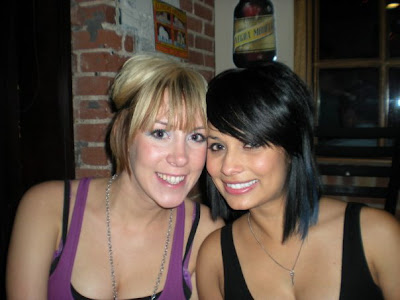 One of my favorite pictures of us as Young Bucks, when it was cool to have 2-toned hair
and apparently I thought it was appropriate to show off bra straps....
As the stories started rolling, so did the laughs. I haven't laughed like that in months....maybe longer. I don't think there was even a moment when we weren't grinning ear to ear. My jaw hurt, my belly hurt, and my soul felt revived.
Its incredible what a night with a best friend can do for your soul. During a moment of intense belly-aching laughter, I looked across the table at what I know is one of the most constantly faithful, heartwarming people I know. We have the kind of friendship that doesn't come around too often. I can and have invested secrets in this woman I would never share with anyone else. I tell her things I am scared to even say out loud to myself. More than that, I can have nights like this with her and moments that I am quite sure I will remember for decades. 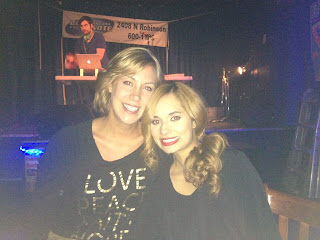 Leave around midnight, YEAH RIGHT.
As the lights came on in the bar, and they started shuffling us out the door, we knew we had made some bad decisions...but for the right reasons. We both needed it, so badly. The intense laughter and bad decision making continued long into the night. Far. Too. Long.
I say bad decisions because we are no longer 20, we had big girl jobs and responsibilities to take on the next day. I had to be up at 7 a.m. to go home and whip myself into shape for a small photo shoot and a 10 hour work day behind the chair.
After a couple hours of sleep, (something that wouldn't have phased us 5 years ago but seemed absolutely worthless now), I woke up and headed to work. Indira did the same.
It was a painful day at work yesterday. I hurt, physically hurt....some from the poor decisions, some from the intense laughter and dancing. My body hurt, my soul did not.
A long day of being miserable, was it worth the few hours and memorable moments of the night before?
Absolutely.
And I would do it ten times over. Indie Marie(a), not sure what path I'd be on without you...but I know it would be less colorful, less imaginative, and my heart would have a missing puzzle piece. I know that I would miss you even if we had never met. 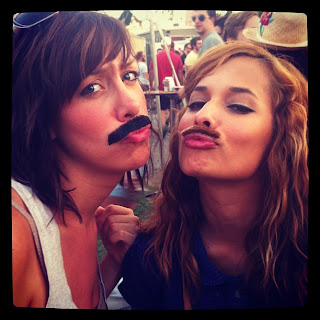