And She Understood: Happy Day Momma!

For everyone who was unable to make it to the show last weekend, this was my story. Today seemed especially appropriate to share it with you. I hope every last one of you is enjoying today. I will be spending the day with my mother, my sister (the new mother), and later I'll be playing in my yard with my own children- the furry ones. Happy Day!

And She Understood
I did not appreciate my mother. Thirteen. She was in my way. All that I really wanted was to be popular and she absolutely did NOT understand.
I wanted to wear a push up bra, a thong, and clothes snug enough to give you a yeast infection. I wanted the boys to notice me, and more importantly, wanted the girls to notice the boys noticing me. Funny how that works isn’t it?

When Christmas came around, I asked for a sewing machine. “How endearing and domestic?!” my mother must’ve thought. It was December 25th, and under that tree was my top of the line Bernina. She was a beaut.
It took less than a week for me to get started on my new wardrobe. That’s right, all of those back to school shirts mom had bought for me over the break were about to go through a transformation.

I was ahead of the game, as far as “blossoming” goes. I had boobs. Good ones. And I thought it was time everyone knew that.
I almost made it to spring break before my mother realized- it was not in fact the darn dryer that was shrinking my clothes, but was me and my top of the line Bernina. My new wardrobe consisted of the DEEPEST of V-necks and SNUGGEST of slim fit tee’s.

OH, The boys noticed. The girls noticed the boys noticing. And my mother noticed, she was in for a treat of a teenager to raise.

Now, everyone says being a new mom is a challenge. Moms with freshly popped out babies get thrown up on, screamed at, and sob-snotted on. (Sob-snotting is what I call the fluids that come out of your face when you are completely and ridiculously upset).
What my mom didn’t realize, is that she would have to endure this phase of my life more than once. Puking, screaming, and sob-snotting were all too familiar to my teenage years. If you think its tough to put up with a newborn, try it with a menstrual mad-woman who is 15 years old and freakishly taller than you.

When I was two I would run from my mother in the grocery store looking for women in long skirts, with every intention of throwing their skirts up, revealing to all of Homeland their Victoria’s Secret merchandise.
This, too, was accustomed to my teen years. Except it was MY skirt being thrown up, and MY Victoria’s Secret merchandise being revealed. And instead of in the local grocer, it was in the Burger King parking lot. Which just so happened to be the cool kid hangout of my small town.

I’m gonna spare you all the gory, whorey details of the rest of my teenage years. They go along like most women’s tormented youth. Too many boys and bad decisions to count. Too many friends lost, too many gained. Pointless, painful tears cried.
And all along the way, each moment, both dreadful and overjoyed, were ended with a hug from my mother. A mother who could never understand, or so I thought.

The older I got, the less frequent the screaming became, the bigger the problems became, and the closer my mother and I became.
I remember the exact moment we crossed that threshold, the line that was drawn between mother and teenage daughter.
I had so many secrets from those “lost years” (or so I like to call them). I couldn’t forgive myself for them. I had flourished right on out of those horrible mistakes and bad decision-making skills. But I still had the memories, and guilt.

My mother saw right through me. She was visiting me in college, my sophomore year. Nineteen. Somehow, as mothers do, she recognized that I was hurting, from secrets I didn’t want to hide but was too afraid to share.
She put me in the car, drove me to the nearest convenience store. Put the car in the park, and went inside.

My Mother. The conservative, God-fearing, rule-following woman… came out with two Tall-Boy Bud Lights. I was surprised to say the least.
She cracked open the beer and sat it in front of me… “now spill it.” … I thought, ‘What the hell? What do I have to lose?’ and in that moment I let her in. I did. I unleashed. I revealed my broken heart. Broken from both my actions, and those of others.
I had beaten myself down so far and had become so ashamed, that I thought there was no chance of recovery. Nonetheless, I poured out my stories to her, with unprecedented amounts of sob-snotting. Finally, she knew what I came from. She knew who I’d been hiding. She knew me

In that moment everything changed. We were no longer Mom and teenage daughter. Instead, it was two women. We were two women, connected by the strongest bond possible, that of a mother and daughter. I had bared my soul, and my secrets.
In that moment, she was more than my mother. She was my friend. She loved me.

And, as I assume she probably always had, she most definitely understood. 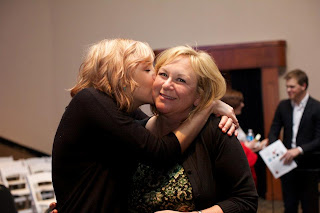 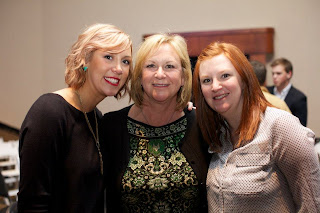 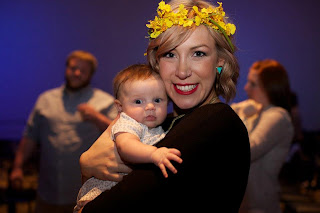