Ode to a Friend

It has been 137 days since I started writing on this blog. ONE HUNDRED THIRTY-SEVEN. I have written about politics, religion, day-to-day life, disasters, and relationships. The last of which I have covered fairly extensively. But there is one relationship that I haven't yet mentioned, and its one of the most significant ones in my life.

Growing up, we moved around some. I had lived in 3 different towns before 8th grade. It was rough at times. I made friends everywhere that we went, and then would eventually have to leave them. I have stayed in touch with several of them, not great touch, but enough to check in a couple times a year or so (even if its just to say Happy Birthday on facebook.)

So when we got back to Duncan, my parents assured me we would be here until I graduated. I had 5 years to build friendships before leaving for college. Honestly, I was pretty nervous. I knew high school was going to be a tough few years, and by 8th grade everyone seemed to have settled into their groups. What I hoped for more than anything was a friend who could have my back during all the rough teenage years ahead.

I met some fun girls when school started. Being in sports definitely helped. It helped even more when someone finally invited me to sit at their lunch table after weeks of going home for lunch to eat chicken salad sandwiches (my favorite) with mom and dad.

By the time I was leaving Middle School it seemed I had a pretty solid group of friends to head into the next phase of life with. (I had no idea how much this group would change through the high school years). Nonetheless, I was feeling comfortable and not alone.

I had also started spending some time in a youth group, and had made some friends there too. There was one guy in particular that I meshed well with. He was a couple of years older, and the sole reason we started spending time together was because a friend of mine had a crush on him. We hung out quite a bit, and with the help of MSN instant messenger got to know each other fairly quickly. I had expressed how nervous I was to start high school. He assured me it would be fine. In a matter of words, he said he would have my back.

I had no idea how true of a statement that would become.


I was right in my assumption that high school was going to be hard. But he was holding up to his end of the bargain. He completely had my back, and because of that I looked up to him almost immediately. I had never had a brother, but I felt certain this was close, not exactly the same...but very close.

Throughout the next couple of years he became a solid structure in my life. As we all know, young teen girls are not the most stable of human beings, and I was no exception. I can't count how many late nights he spent talking me through a break up, calming me down after a girl friend had stabbed me in the back, or convincing me that I was not making the smartest of decisions. He was a sane voice in my whirlwind of poor choices and terrible boyfriends.

Let's be honest, I can pretty much attribute the fact that I am not married to a convicted felon, or a cheating douchebag to his intervening. I must say, at the time I was not pleased with some of his interventions, but looking back...THANK GOD he did.

Don't get me wrong, he made his fair share of poor decisions...and dated some real winners. We made it through all that, too.

The time came for him to graduate, and I was terrified. I still had two years left in high school and wasn't sure how well I'd survive without my new found brother. I put his picture in the dashboard of my car, and there it stayed until I left for college. 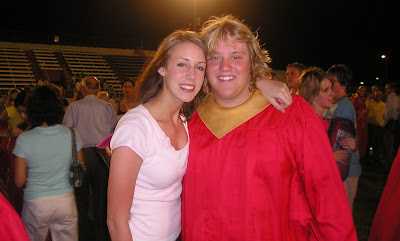 Thankfully, he came home a lot those couple of years. He didn't miss any of the big stuff. La Fiesta for our birthdays, both of my proms, and of course my graduation. More than the actually showing up, he was available for a lot of distraught phone calls and text messages as well. 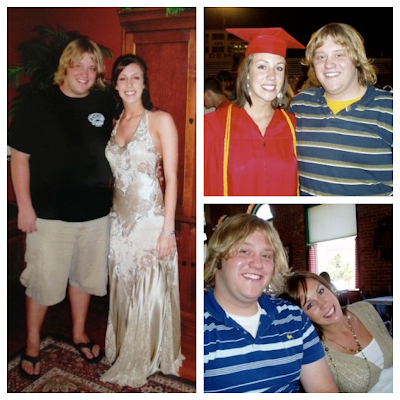 Somehow, I survived high school. The next thing to tackle was college. It got tough sooner than I thought it would. I had decided I wanted to be in a sorority, or at least I thought I did. Halfway through rush I realized it wasn't for me, and dropped out. I was pretty upset, realizing I was a long ways from home and feeling lost as to what I was suppose to do with myself.

The next day he got a phone call. On the other end of the call was me and I was in tears, so he invited me down to Edmond to spend a few days. (Little did he know I was already in the car headed that way). A few days of friend time was all it took to feel like I was back on track and I headed back to start college!


The next few years our friendship continued. It was mostly from a distance. He moved back to Duncan to finish school. I was in Stillwater, then Colorado, then Oklahoma City. (These were somewhat of my gypsy years.) We didn't see each other very often. But he still got the phone calls. Most of the time they were ridiculous middle of the night calls when I found myself in a predicament. Still though we got together for the BIG stuff. Like the day I finally got my dream car... 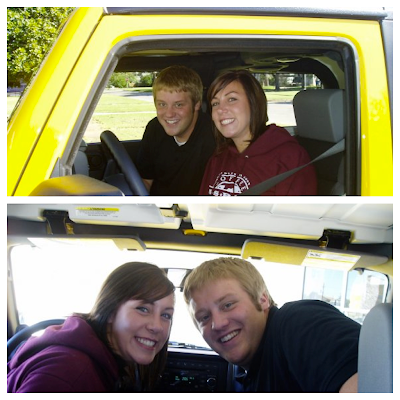 Life threw some crazy twists and turns. Christmas of 2009 was no exception. He was over for family time that evening, nothing out of the ordinary, when I noticed he and my sister being extra chummy. Actually, Justin noticed and i blew it off, thinking my sister and my brother? Yeah right.

I couldn't have been more wrong. Something had sparked.

After a few months of dating, I got the phone call. He wanted to ask my sister to marry him.

In all honesty, it was strange at first. It took me a bit to wrap my head around it. But it only took a couple times of watching them together to see it...the spark. I had never seen someone so ENAMORED with my sister. He loved her like no one else could, and she returned the favor. How could I feel anything but complete happiness about it?! And besides, this meant he would now officially and legally be my brother.

December 19, 2010 was such a cool day. They said their vows, they danced, and I was beaming with excitement for them. I didn't think it could get much better. Two of the people I loved dearly were the happiest i had ever seen them. 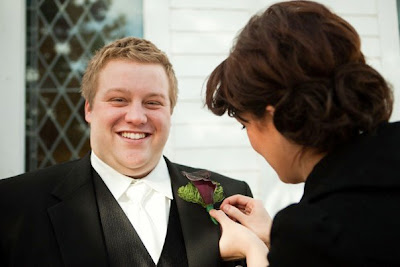 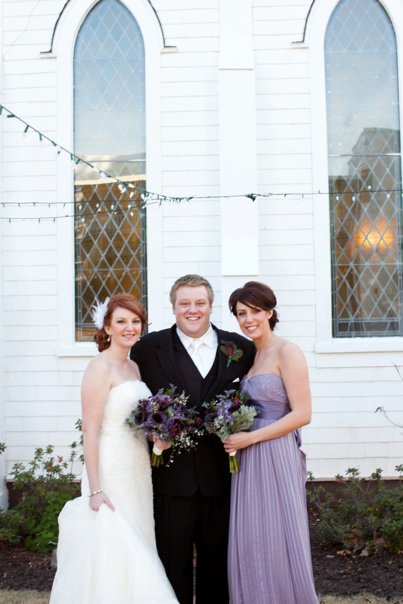 Then a couple of years later, this day happened.... 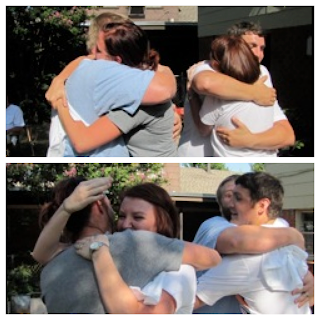 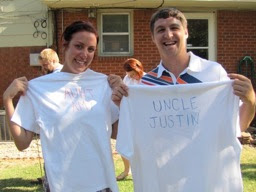 That's right. They were giving us a niece. I can't describe the feeling of that day.


Immediately after the baby announcement, Justin and I had an announcement of our own. We were getting married, and we asked him to be our officiant. That's right, he was going to marry us. I found it pretty fitting considering Justin was the only boy I have ever dated that he approved of. 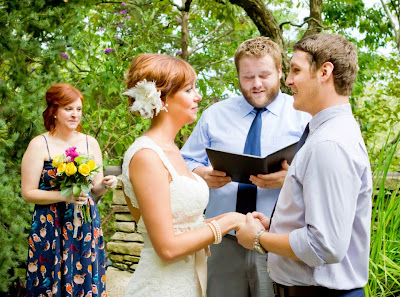 Tomorrow is Father's Day. His first Father's Day. I couldn't be more proud of him. He is an incredible husband to my sister, and an awesome father to my niece. Life sure is different now than when our friendship began. But I wouldn't change a thing.

Posted by Amy Herrington at 5:30 PM